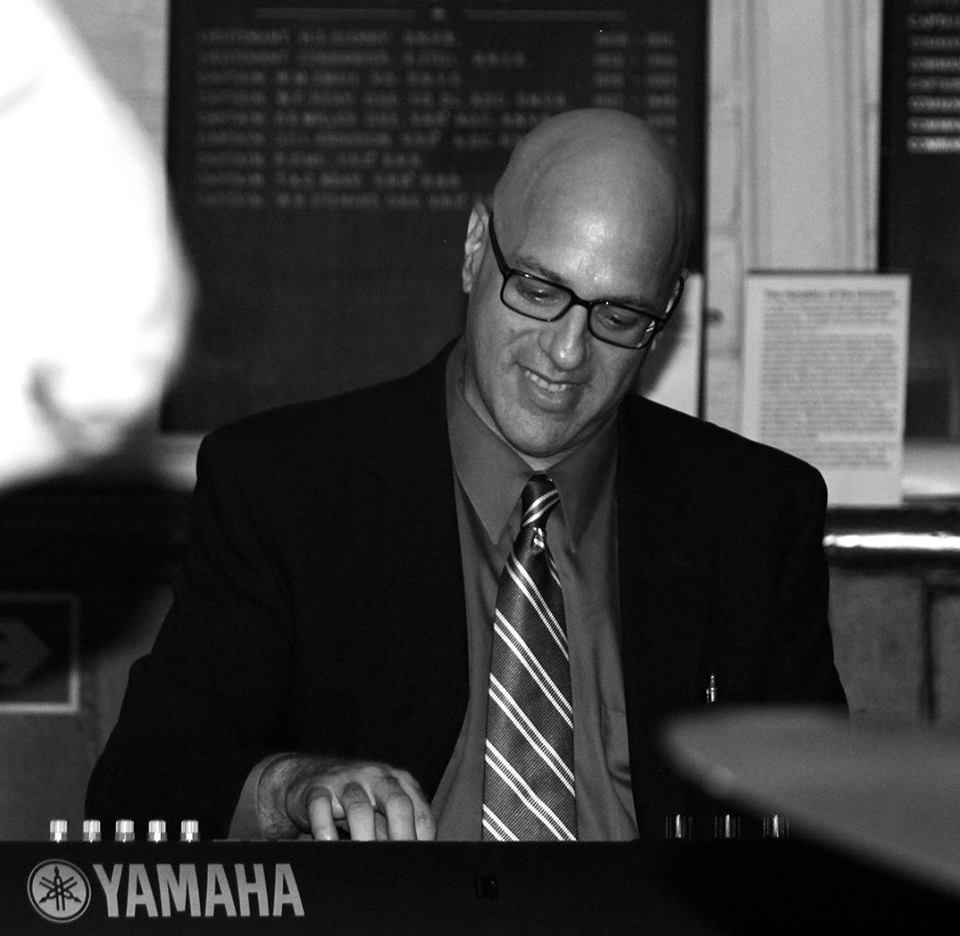 Long before John Colianni was acclaimed as the “consummate piano virtuoso,” he was a budding musician growing up in Silver Spring, MD. The nearby Washington D.C. area was instrumental—no pun intended—in shaping the youngster’s love of jazz.

The first such moment came in 1974 when John was still in elementary school. He and his parents heard Duke Ellington and his orchestra perform at Georgetown University, and the young boy became hooked. “I was mesmerized by Ellington’s piano work, orchestrations, and bigger-than-life stage presence,” Colianni recalls. “The impact he had on me was irreversible and it inspired me to seriously pursue music.” 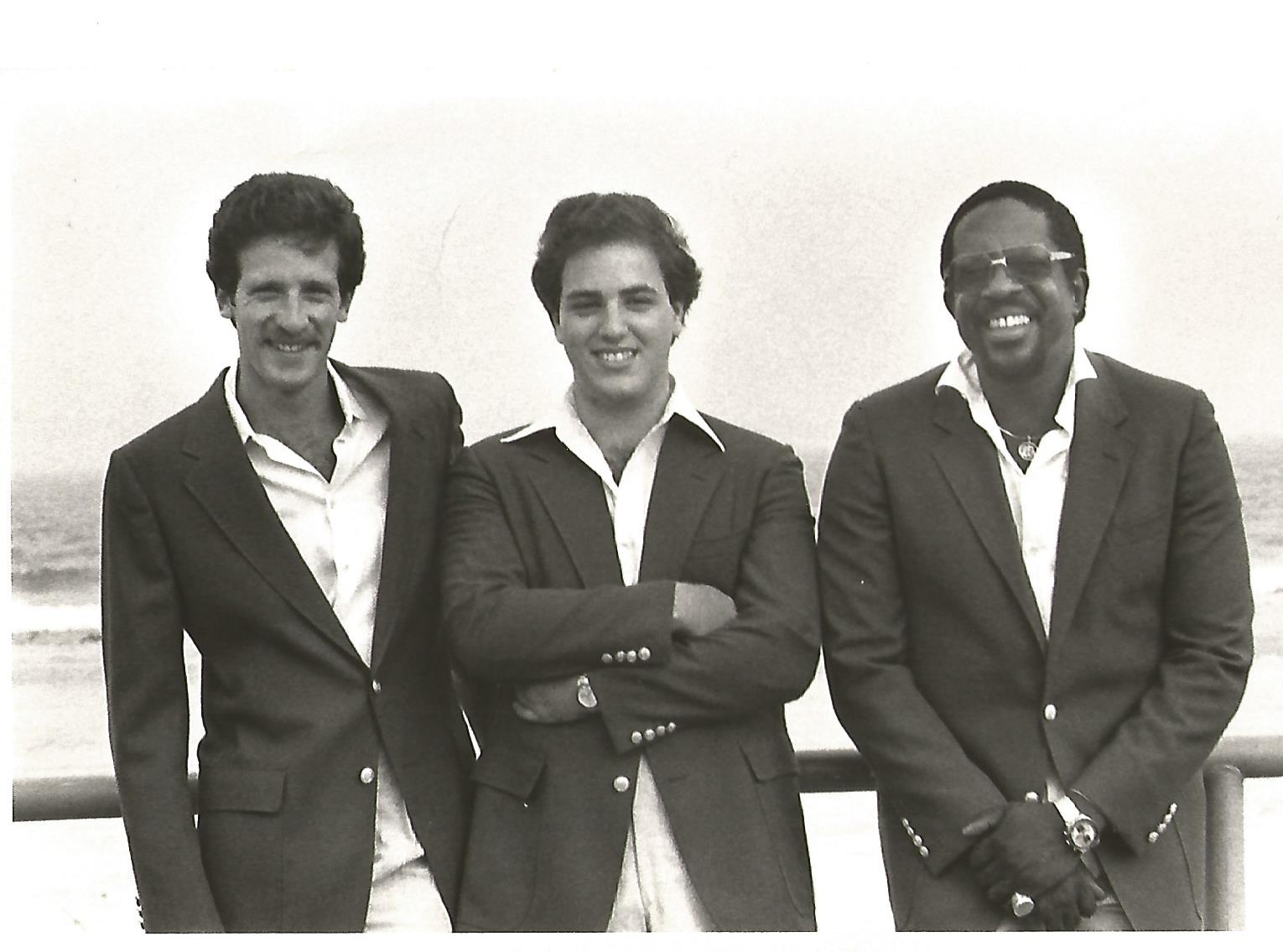 Showing keyboard aptitude by his early teens, John started to take lessons from pianist Les Karr, who himself had studied under Teddy Wilson at New York’s Juilliard School of Music. Interestingly, Les was also the first cousin of pianist Dick Hyman. For John’s lessons, Les emphasized technique and introduced studies of the Mathe’ System, a method that advances digital dexterity and maximizes the capacity for speedy, high-velocity piano playing. John, noted for fleet “chops,” often cites the important role these exercises had on his musical growth.

“My musical conception was developed during these lessons with Les Karr, who was an exceptional instructor, able to convey and impart an approach to music and the piano that combined a concise but meaningful study of classical theory and jazz-oriented idioms,” Colianni notes. 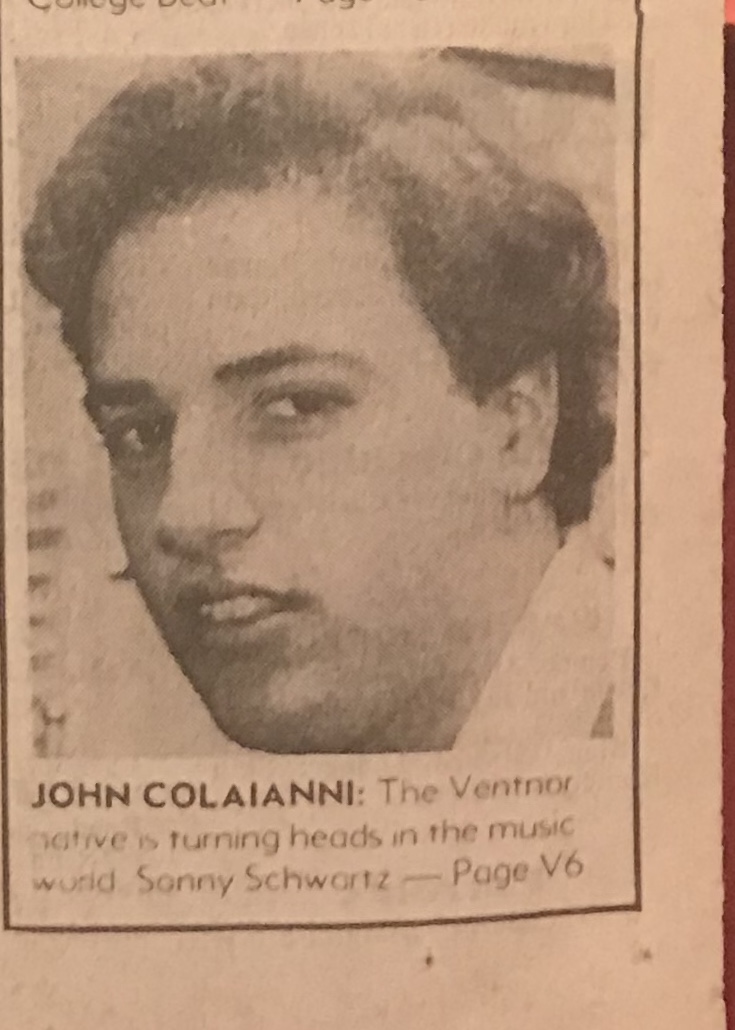 While still in high school, John became active on Washington D.C. and Maryland’s  jazz scene, playing in jam sessions at well-known venues such as The Pigfoot, One Step Down, Blues Alley, The Bayou, The Famous Ballroom (Baltimore), Frankie Condon’s (Rockville, Md.), Mr. Y’s Gold Room (where John jammed under the watchful aegis of the club’s resident pianist John Malachi, himself a celebrated D.C. musician), and many more.

During this period, John also played gigs directed by Ella Fitzgerald’s bassist, Keter Betts (also a Maryland resident), who recruited the then 16-year-old John for the revue “Jazz Stars of The Future,” a troupe of young, local jazz musicians who performed concerts in DC and Baltimore. While John was in the 10th grade, Jazz Studies Director George Ross recruited him to play regularly with the University of Maryland Jazz Ensemble.

During his senior year in high school, the Colianni family relocated to the Jersey Shore in the Atlantic City area. There, the talented teen caught the attention of local pianist Carlton Drinkard, former accompanist to the one and only “Lady Day”—Billie Holiday. Drinkard (loosely portrayed by Richard Pryor as “Piano Man” in the film “Lady Sings the Blues”), recruited players for John’s new trio, and coached him in creating new arrangements. 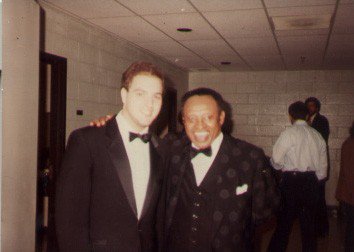 On tour with Lionel Hampton

Another milestone in John’s blossoming career occurred at 19, when he visited Lionel Hampton backstage in Atlantic City. After that meeting and an informal audition in Hampton’s NYC apartment, Colianni toured internationally and recorded three albums during his three years with the band. 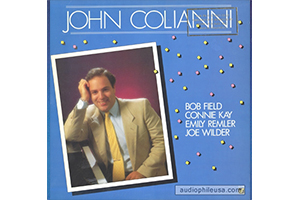 In 1986, John made a modestly budgeted studio demo with a trio, and sent the tape to Carl Jefferson, the owner and director of Concord Records, then headquartered near Berkeley, CA. Impressed with the demo, Jefferson signed John, who has to date recorded three critically acclaimed releases for the label (see discography).

The following year, several months after the release of his debut Concord recording, John was a cash-prizewinner in the First International Thelonious Monk Piano Competition, held at The Smithsonian, Washington, D.C.. 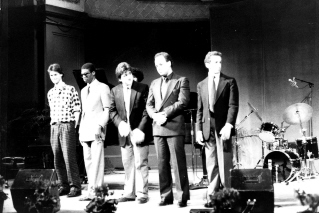 For more than four years in the early 1990s, Colianni worked as Mel Torme’s pianist. They first connected through an interesting series of events. “Mel had been singing a month-long engagement at Michael’s Pub in NYC,” John says. “At this same club, I had recently completed several weeks of gigs with film director/musician Woody Allen’s New Orleans style ensemble. The club owner, who was fond of my work, subsequently played my debut recording on Concord Records continuously over the house system between sets, throughout Mel’s stint. Night after night, Mel listened intently, liking what he heard.” 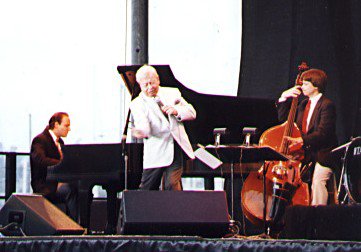 To John’s amazement, Torme called and offered him the piano chair in his trio, without an audition! Four years of international touring followed. John also played on six of Torme’s albums, three each on Concord and Telarc.

Next, in 2003, the renowned guitarist and inventor Les Paul added John to his group, on the recommendation of fellow guitarist Bucky Pizzarelli, and the trio held down a weekly club performance in NYC. 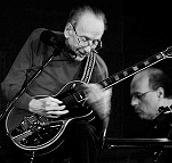 Throughout John’s six-year tenure, though anchored with their NYC gig, the Les Paul Trio also toured, recorded, and appeared many times on national media. The job ended with Les’s death in August 2009.

Other jobs followed: he was a member of the late guitarist Larry Coryell’s trio, performing on Coryell’s 2011 CD release, “Montgomery” and the house bandleader on the MSNBC television program “After Hours with Dan Abrams,” for the show’s final season.

John and the Trio on MSNBC 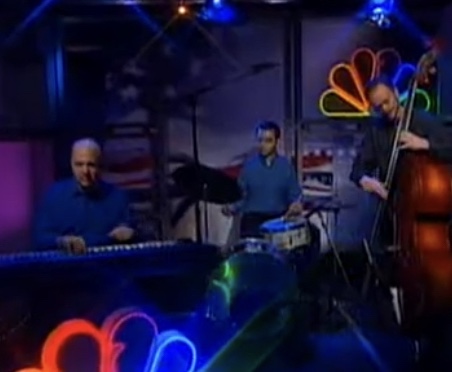 Along with these activities, John also performed two concerts at NYC’s Metropolitan Museum of Art, and recorded with the great rock/pop idol, Steve Miller, as well as numerous other gigs with an array of excellent  pop/rock/jazz performers. 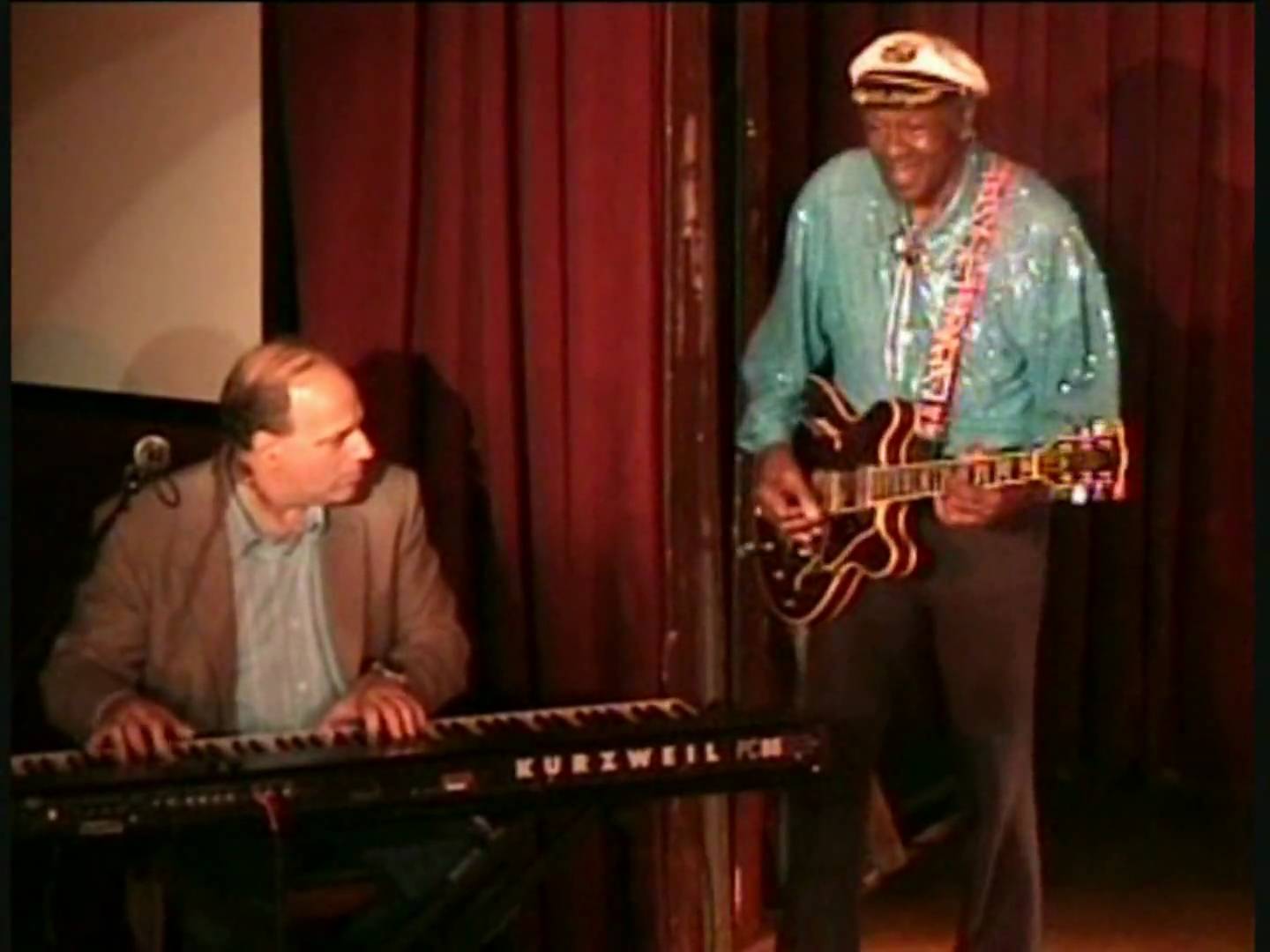 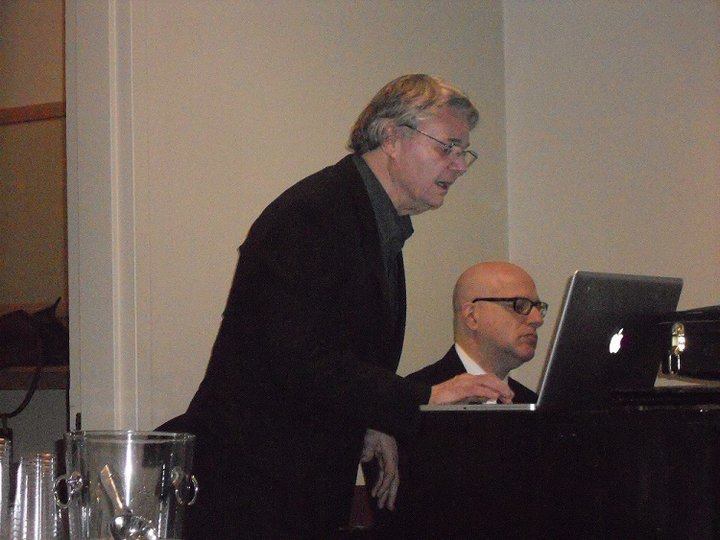 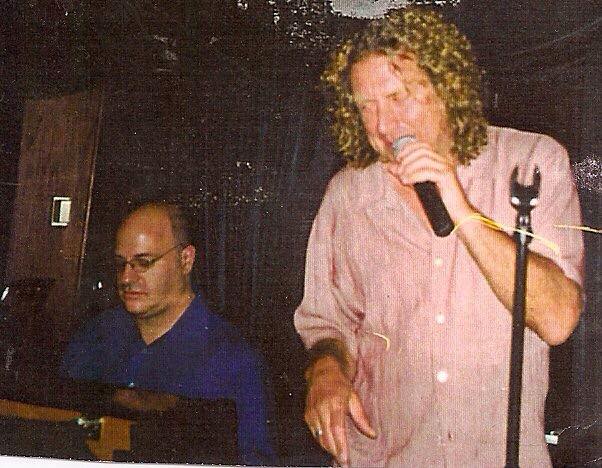 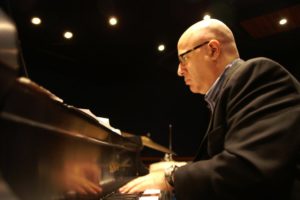 Having taken “a couple of stabs” at big band leading earlier in his career, in 2016 John began organizing a big band, or “orchestra,” at the urging of friends and fellow musicians who were familiar with his work as an arranger as well as a pianist.

The 17-piece band, The John Colianni Jazz Orchestra, plays swing, modern jazz, standards, and original compositions in various venues around NYC. The John Colianni Trio appears prolifically as well,  concurrent with the Big Band, at home and on tour. (look for the Trio’s upcoming new release “Ahead Of The Crowd”) He also performs and records with The John Colianni Sextet and Quintet, two combos culled from the ranks of the Orchestra; recent releases for these groups are “I Never Knew” (Sextet), and “After Hours” (Quintet). In addition, John appears frequently in concert as a solo pianist, and on the solo albums “Prime Cuts” and “Live At Maybeck, Vol 37” ( find all on “recordings”).

Besides appearing in venues around New York and nationally, John is also averaging over 40 European gigs a year.

Throughout his career, he has earned numerous prestigious sources of acclaim. The New York Times called him “the essence of a swinging pianist, a sudden flurry of complex runs can be finished before the listener is fully aware of what is happening.”

According to San Francisco Examiner, John “has a smooth, light-touch style. He flies easily through intricate right-hand melodic lines, and improvises on them, and roams the bass clef with his left hand, combining basic and offbeat rhythms with rich, melodic chord patterns. His left-hand harmonic structures are most impressive.”

Among the many accolades he has received, one is especially meaningful to John, since it came from Jimmy Woode, the bassist of his enduring idol, Duke Ellington. Colianni, Woode said, is “a brilliant pianist, composer, arranger with exquisite taste, great technique, charming, witty, he has much to bring to the table … and he’s got rhythm. Who could ask for anything more?”